Head Above The Water


For her third album, Power has rubbed the shoulders of country and traditional folk together to create a delectable juxtaposition of threads.

‘head above the water’ is a coming of age opus featuring a ground-breaking amalgamation of traditional folk and country - an engaging blend of strings, bouzouki, piano and Brigid Mae Power’s distinctive vocal make this an achingly beautiful body of work. BMP paints expansive songs that are effortless, hypnotic and folk-oriented like judee sill, bill callahan and sharon van etten, but with this release she has delved into a world that is more ethereal, more personal and even more alluring. “Power takes the intimate details of her life – the small moments that change everything – and gives them a certain grandeur.” 4/5 - Irish Times 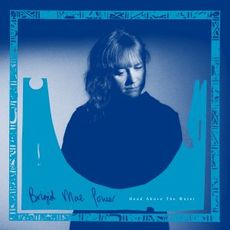