Sophomore record ‘All Or Nothing’ saw the band team up with the legendary Butch Vig to record in Los Angeles. It achieved Top 20 in both the UK and Germany. In March 2020, The Subways will hit the road with a run of headline dates. Frontman Billy Lunn explains further: “Nearly fifteen years ago, when Young for Eternity was released, Josh and Charlotte were 18 and 19 years old, and I was 20. Touring our debut album was for us an adventurous explosion of excitement, just as every tour since then has been. In 2020, we get to relive that initial excitement when we embark on the Young for Eternity tour to play the album in full. None of us can truly express just how thrilled we are that we get the chance to do this.” 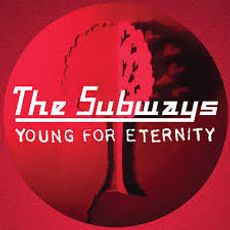