Room With A View


bristling drones nuzzle up to joyful synth leaps on this sumptuous album of vivacious electronic playtime.

"Room With A View" sees Rone returning to his musical roots and the set-up of his early albums: purely electronic, solitarily conceived without any musical collaborators. At the same time, he was able to leave his comfort zone through a new kind of artistic liaison. The album was produced alongside a live show commissioned by the Théâtre du Châtelet in Paris and developed together with choreography collective (LA) HORDE and 20 dancers of the Ballet National de Marseille. This new kind of collaborative approach allowed Rone to produce his most sincere and far-reaching music in some time. Fans of max cooper, plaid and bola will enjoy this'un.

Jamie says: “When I heard this record it felt like bumping in to an old friend & relaxing by the sea. Life has seemed to flow more easily since I’ve had it! So many influences collated into something resembling a sonic hug.” 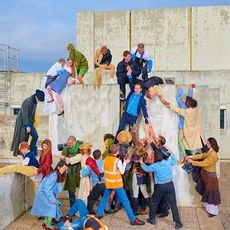