inventions (eluvium / explosions in the sky)


a surprisingly exuberant and peaceful record from two masters of epic emotional intensity; this is a deep and layered experiment that will elevate the foulest of moods.

On their first album together since Maze of Woods (2015), Matthew Robert Cooper (Eluvium) and Mark T Smith (Explosions in the Sky) further their creative curiosities as Inventions. Beginning with a trace of uncontrollable laughter that shifts into the driving atmosphere and unfolding elation of opening track “Hint and Omens,” 'Continuous Portrait' is an album of strange hypnosis, punctuated by songs that venture quite far from the respective oeuvres of Cooper and Smith. A sense of exploration, pleasure, and ceremonial melancholia pervades throughout the entire album from front to back. 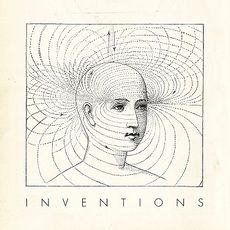