Goblin have been one of the most talented, influential and revolutionary bands in the history of film music.

To celebrate their genius, AMS Records is releasing a new Greatest Hits, of which this first part covers the ‘classic’ 1975-79 era; if you still haven’t, you will discover here why Goblin changed the world of soundtracks forever and are still a great source of inspiration today. This first volume also contains a rare edit version of the song “Roller” - different from the one used in the regular LP and used in the european release of George Romero’s “Martin” movie edited by Dario Argento - and the two parts of “Chi?” merged for the first time in a single 6-minute cut. 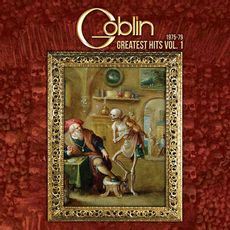