The death of Andy Gill from Gang of Four on 1st Feb 2020 generated headlines around the world, and his production and guitar playing style has influenced countless major artists and fans alike.

This is the first new and previously unreleased Gang of Four song to be released since his death and forms part of an EP project with all proceeds to the NHS Trust at St Thomas' Hospital London, where Andy died. It was written by Andy Gill and Gang of Four lead singer John "Gaoler" Sterry and produced by the band's bass player Thomas McNeice. It is the first single to be taken from a forthcoming Gang of Four EP called "Anti Hero 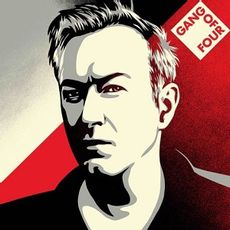