Back in the 80s Dons Savage of Dead Famous People joined her first band Freudian Slips which soon ended so she along with fellow Freudian Slip refugee Biddy Leyland could pursue their own talents.

A chance encounter with Flying Nun's spiritual guru, Chris Knox, led to a one-off deal with the label that resulted in a five-song EP, ‘Lost Persons Area’. Moving to London in 1986 the fabled "Flying Nun sound" began making an impact outside New Zealand. The release of near-perfect compilations by The Clean and The Chills except Dead Famous People were a little early for that buzz. Stumbling into a deal with Utility Records, Billy Bragg and legendary manager Pete Jenner. Dons later started singing with new combo, Saint Etienne, her vocals feature on the original version of their cover version hit, ‘Kiss And Make Up’, as well as a cover of Gil Scott-Heron's ‘Winter In America’. Around this same time, Martin Phillipps of The Chills asked Dons requested she sing on ‘Heavenly Pop Hit’. Dons soon returned home to Auckland without an outlet for her music, three decades later Fire tracked her down and the rest is history. Now set to release her new album ‘Harry’, it’s more philosophical than her earlier work. It feels like the right one for a world of apocalyptic pandemic, uncertainty and quarantine. Dons' power over melody and knack for profundity remains unchanged since Dead Famous People's original incarnation. A rare record in a time of musical factionalism and a world divided into camps of willful obscurity and grotesque mockeries of stardom and art, it’s a document of unadorned perfection. "Bob bought a DFP single which we both really liked, we were drawn to the mystery of the band's name and the melancholy tone of Dons' voice." Pete Wiggs - Saint Etienne “There was a sense of excitement that something special was happening." Martin Phillipps – The Chills 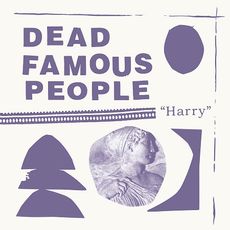