Recorded at Channel One, Tuff Gong & Dynamic and engineered by Pablo, Soldgie, Steven Stanley & Tony Kelly One Step Dub included dubs to some big hitters from Jux including ‘Hanging Tree’ & ‘Riot In A Juvenile Prison’. 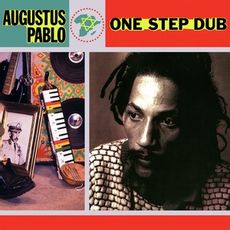