Like many bands who first rose to prominence on speedy wunderground (black midi, black country, new road, squid), it’s impossible to pin down exactly what tina are doing here, but you know it’s bloody brilliant.

A bit neutral milk hotel, but not as self important, a bit of slint but not as harsh in their atonality, a bit of dry cleaning but not as frantic – it’s a bit good and it’s one you’ll find yourself coming back to time and again as you try and work out why these songs will be spinning round in your mind time after time after time.


Freud’s process of therapy was famously labelled the ‘Talking Cure’ - through the act of conversation participants received cathartic relief. Positive Mental Health Music (PMHM), the debut album from South East London band Tiña, stems from this idea. Lead singer/songwriter Josh Loftin explains that he used the songs to “work through a mental breakdown”, and that for him “writing is like solving a mystery”. 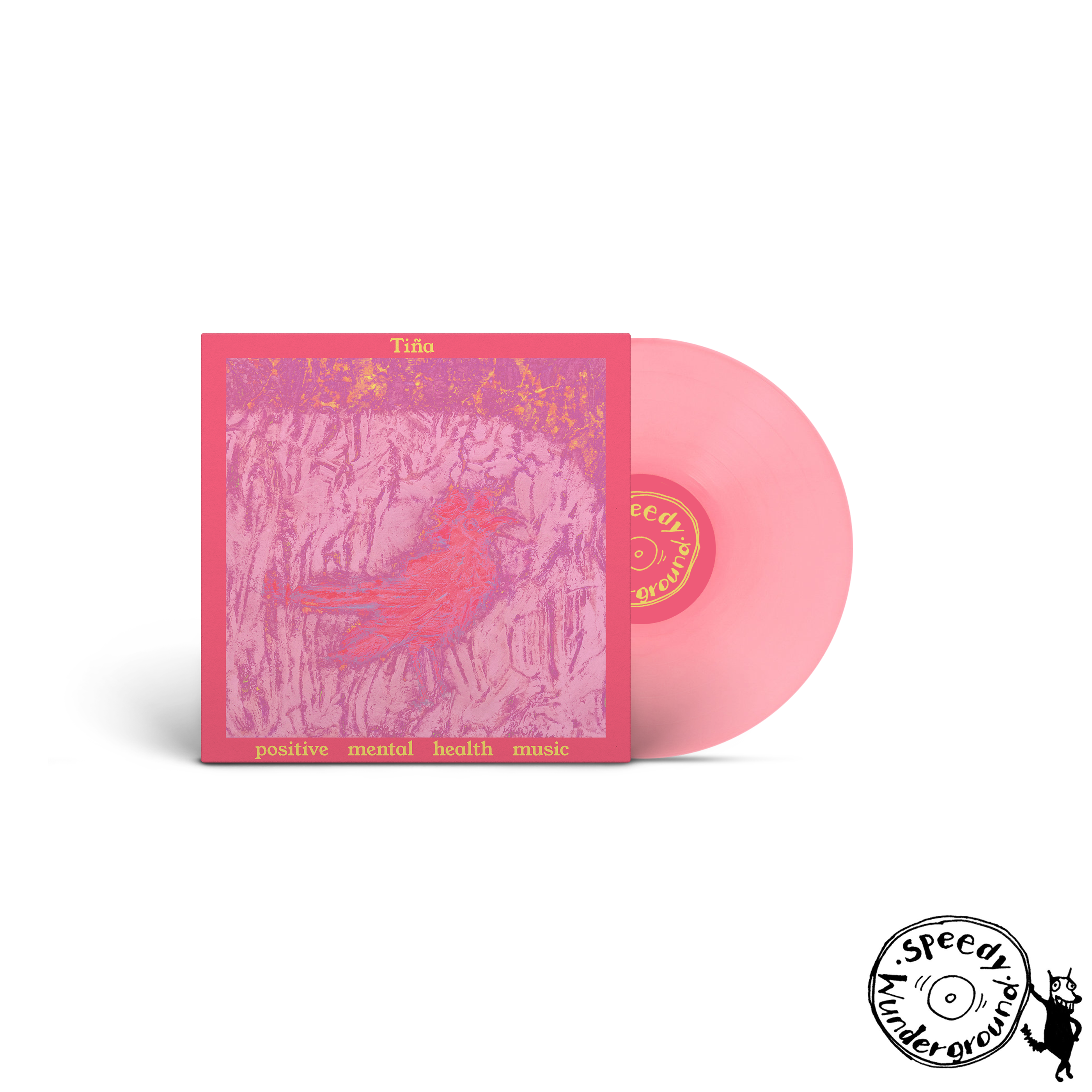 The 11 track LP provides an honest and intimate portrait into this process of self-examination, covering themes of anxiety, depression, love, sex, isolation, fear and failure. Yet, PMHM is anything but a difficult listen: the tracks are catchy, lively - even danceable at times. Loftin’s cooing vocals, his lyrics poetic yet slightly self-mocking, sit atop a blend of psych-pop keys, drums and guitars, all guided by the shepherding hand of producer Dan Carey.

After singles ‘I Feel Fine’ and ‘Dip’, Positive Mental Health Music is the first ever LP to be released on Carey’s Speedy Wunderground label.

Tiña is another success in South-East London’s thriving music scene. Whilst the area is hailed for the supposed rebirthing of Jazz, numerous exciting guitar bands have emerged in recent years, some of whom are former members of Tiña: Liam Ramsden (Mellah) Glenn Wild (Sleep Eaters) and Chris OC (Meatraffle & Phobophobes).

Today’s line-up includes members of Uncle Tesco: Adam Cartwright (Bass & backing vocals), Ollie Lester (Lead Guitar) and George Davies (Drums). The recruitment process has been organic says fifth member Calum Armstrong (Keyboards) who also makes music as Pet Grotesque, “we wouldn’t have gravitated towards each other in the first place if we didn’t all feel the way we do individually about life, love and music”.

Brixton Windmill is key to the development of the band and its players. The pub-venue has provided a nurturing space for musical experimentation, with a particular bend “to weirdo sh*t and people with strange personalities” according Cartwright. “It’s a home and community for so many people” says Lester.

That the album was written and recorded in London is “hugely significant”, in a practical sense the LP “would’ve sounded completely different and much more stripped back” had it not been produced within the above “musical community” says Loftin. The lyrics contain images of buses full of lonely people and “dicks in the sky” (perhaps a nod to London’s luxury tower blocks) give us a sense of an alienating city where the pressure to succeed and ‘be happy’ contrasts with harsh realities.

PMHM demonstrates Loftin working through a mental struggle, and this same process of growth and examination is applied to the band’s creativity: “the seed of the songs come from Josh, and as a group we change bits of structure, add different melodies and harmonies” says Lester.

The group recognise that this wouldn’t be possible without cultivating a sense of openness with one another “it’s about the courage to have honesty with yourself and those around you” says Lester. This communality has allowed the band to become much more than just a backbeat to Loftin’s writing, the album is expertly orchestrated, with superb interplay between instruments resulting in a rich and diverse sound. Cartwright explains, “in our own work we have an interest in pop structures, and we’ve pushed the compositions to be more like hits”, “we try to make them go to interesting places, creating moments” says Lester.

Sound-wise the band are “painting with genres of guitar music” according to Cartwright, with “Country, Grunge, Indie-Rock-type flavours all showing up” adds Armstrong. The emotive strokes of a cello on ‘Rosalina’, ‘It’s No Use’ and ‘People’, add a warm, artisanal woodiness to the LP. Subtle harmonies from Cartwright and guest vocalist Lottie Pendlebury (Goat Girl) compliment Loftin’s vocal range, which extends from an almost child-like voice on ‘Closest Shave’ and ‘Dip’, to the raspy screams of ‘Growing in Age’. “He reminds me of Kermit doing Kurt Cobain - which I mean in the best possible way of course” says Armstrong.

On reflection, Loftin is weary of defining the songs and their meanings, hoping that they speak for themselves. “These feelings are so abstract, and I often allow everyday life to slip into the moment of writing”. The resulting lyrics are surreal at times, on ‘The Closest Shave’, the world is described as “nervous like a big dinner plate” – yet this does not detract from the fact the songs are about something specific.

Whilst the record is deeply personal to Loftin and his experiences, many of the ideas are universal, “all of us have felt these emotional things” says Lester. “We were a band during the time Josh had many of these thoughts, so they are personal to all of us too” adds Cartwright.

From the opening track ‘Buddha’, a mystical synthy tone transports us into a sonic dream space, as if to begin 41-minutes of meditation. Loftin sings “I put my wash out at 1pm” and laments that “everyone I know is doing better than me”.

There are flashes of romantic poetry, ‘Rooster’ blurs the spiritual, natural and sexual: “it feels like naked we are holy” / “your sunlight playing with my leaves”. ‘Golden Rope’ (complete with knocking cow bell) has to be the most rabble-rousing song about suicide ever made.

Whilst this is an album chiefly concerned with the mind and its fragility, the body is not overlooked, on ‘New Boi’, a song about intimacy and jealousy, Loftin sings “my body’s telling stories of the last choice that I made”.

The most challenging listen is ‘It’s No Use’, a track that - as its title suggests - is about reaching a precipice of despair and not seeing many options out. However, with each strike of a bass note we feel a glimmer of strength returning and by the end of the track we are restored.

Despite the often dark lyrics, the album retains a message of hope particularly on the final track ‘People’, a song about the cloud that lifts following a serious bout of anxiety or depression, the words celebrate solidarity and togetherness, something deeply lacking in modern England.

Loftin emphasises that the LP is “sincere”, rather than “serious” and there are moments of humour and play -  he can be heard giggling at the end of ‘New Boi’ and on the ‘Closest Shave’ the band follow the line “dark side of the moon” by howling like wolves. These moments demonstrate “the fun that we have as people and as a band, it’s honest to bring all of that together” says Lester.

Talking to the group, you get a sense that this is a band of sensitive young men using irony (the chief tool of the millennial) to deal with the challenges of life in the throes of late Capitalism. It is notable that Loftin is a big fan of memes.

The LP follows the atmosphere of live performances, which are anything but sombre and often involve choreographed bits of stage movement, jokey backing vocals and wacky outfits: drummer Davies is often seen in a Ramen noodle onesie, whilst frontman Loftin sports a trademark pink, felt cowboy hat and velour cycling shorts at every show.

The colour pink is significant to the group (their first single was a pink 7-inch vinyl), in its femininity and intensity “it’s a soft colour but it still has its own punch” says Armstrong.

PMHM was recorded in a 4-day blur in the cluttered basement of a Victorian house in Streatham, South London. The homely ‘Speedy’ studio is filled with obscure instruments and every percussive tool imaginable. During recording a talisman dog named ‘Feta’ wandered in and out of the room.

“What caught my ear was the beauty of their chord changes” says Carey, who first saw Tiña at The Bunker Club, a small, sweaty basement venue in Deptford. He hoped to capture the experience of the band live, opting to record three songs in a row as continuous pieces with an intention “to capture the mind state we experience at a gig, the way time travels and how our senses are completely distorted”.

The LP was recorded on tape for the warmth that comes with analogue recording but also to give the process a sense of ceremony and gravity, “tape is limiting, and unlike with the computer when you wipe it, it’s really gone” - this Carey believed creates a “psychology of process whereby everything recorded becomes precious”. The idea of recording-as-ritual is in keeping with the band’s ethos; Loftin referred to live performance as “ceremonial… I feel like a Shaman, hence the bright colours”.

PMHM is an emotional and tender record, a mood reflected in the recording process says Carey, “those days we had in the studio had a distinct tone to them”. He praised Loftin’s way with words “that can touch you so directly”.

On the milestone for Speedy Wunderground Carey says, “I’m so glad this is the first record on the label, I’m really proud of it.” 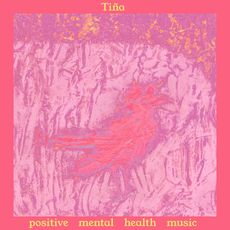 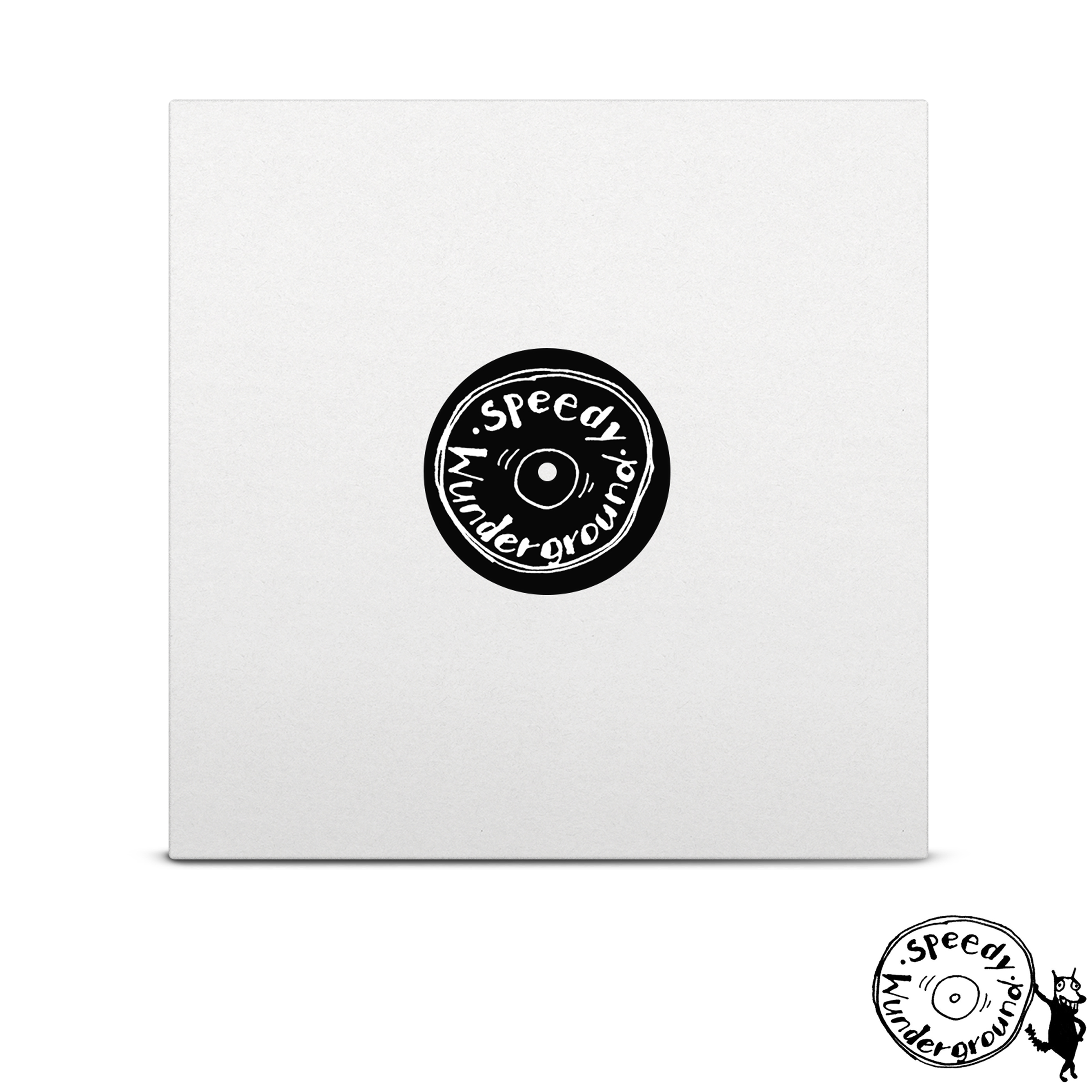