Hassle Hindsight if a new sub label of Hassle Records, the UK indie that celebrates its 15th year in existence this year.

Created to facilitate the occasional one off re-issues of releases and records from the past that the people at the label have loved and still love. Reef 'Replenish' is a very fitting first release. A still active UK band on a very active UK indie label, celebrating the 25th anniversary of the albums first release. 'Replenish' was the band's debut album, originally released on the 19th June 1995 via Sony and has not been repressed on vinyl since. The album has achieved Gold status in the UK, having sold over 130k copies. This new pressing will be announced in line with the album's 25th anniversary. 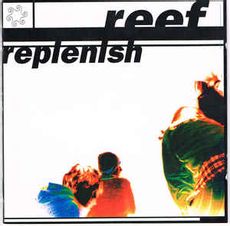