Originally released to stream on juneteenth, this absolutely incredible record from the ever-mysterious sault is a gorgeously produced love letter to black excellence.

Maintaining quality over 20 songs may be a challenge for some bands, but not these folks – despite this being the 3rd of 4 albums released in 2 years, it’s a deftly composed blend of lauryn hill indebted groove, street soul and protest anthem that sounds singular in its vision and execution. If there’s a band on a hotter streak out there at the moment we’ve not heard them! “In short, this is the zeitgeist. This is the album of the year. Stop the clocks.” – louder than war

Jamie says "This one took a hot minute to arrive but the wait was so worth it. Put 'Wildfires' on. Now. Speak for what you believe in. Let your voice be heard." 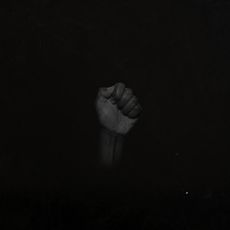