In 2002 and 2003, following the release of his album UP, Peter Gabriel went on the road with his Growing Up tour, once again collaborating with production designer Robert Lepage to create a spectacular and theatrical live experience.

The tour took in thirty-two cities across the USA, Canada and Europe and this concert performance was recorded over two nights at the Filaforum in Milan in May 2003, with Peter Gabriel and the band performing in the round at the centre of the arena. A concert film capturing the live show was released in late 2003, but Growing Up Live has never previously been on vinyl. The touring band you will hear on this recording consists of Ged Lynch (drums), Tony Levin (bass, vocals), David Rhodes (guitar, vocals), Richard Evans (guitar, mandolin, whistle, vocals), Rachel Z (keyboards, vocals), Melanie Gabriel (vocals) and Peter Gabriel (vocals, keyboards). Special guest appearances by The Blind Boys of Alabama, Sevara Nazarkhan, Dr Hukwe Zawose and Charles Zawose and the voice of Nusrat Fateh Ali Khan. 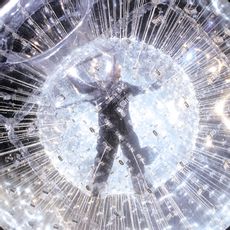