The restless and relentless dwyer and co baptise their latest sobriquet with an album of can-indebted psych rock with just a little twist of the metallic flavours that made ‘orc’ such a blast.

‘Protean Threat’ starts by tugging on the same thread that ‘Mutilator Defeated At Last’ began unwinding in 2015 with propulsive drums clashing against crunching guitars and howling vocals, but where ‘mutilator…’ restrained kept the same vibe going throughout, ‘protean’ jumps from ‘orc’ era metal to tortoise-y jazz rock and almost into lounge and back again to make this perhaps the most varied and downright interesting oh sees album to date. For a band that seem to be ramping up to an album a week, they somehow manage to keep it fresh and inventive, and ‘protean threat’s prog-through-the -looking-glass take on genre swapping is no exception. 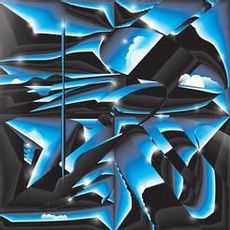