A companion volume to the Sun Piano album, this LP was recorded at the same session in a Brooklyn Church.

Whereas the former record lent itself to the more uplifting side of Laraaji’s keyboard improvisations, Moon Piano explores the more introspective and minimal pieces captured by Jeff Zeigler (Kurt Vile, The War On Drugs, Mary Lattimore) and edited by Christian Havins (Dallas Acid). Laraaji describes this set of tracks as “Contemplative sound painting, embracing quiet tranquil unfolding of nurturing reflection”. In a recent interview with Aquarium Drunkard, Laraaji described the improvisatory process of making both piano albums: “I’d sit down, touch the piano and through free association, also blending it with my prepared mental state, I was able to tune in and affirm my highest sense of presence. The piano became an instrument for the imagination to suggest higher or finer worlds, to suggest a joy, euphoria, bliss, also to suggest silence, minimalism, relaxation, and contemplation. So, all of that music was spontaneous but with those influences shaping and guiding it along the way.” Whilst Moon Piano almost shades into melancholy with a contrasting nighttime vibe to Sun Piano’s daytime joyfulness, certain themes from the first record reoccur - side two’s “Pentatonic Smile” is a longer edit on the central riff underpinning the former album’s “Temple Of New Light”. Sun Piano has been widely praised as a new phase in the new age icon’s career, picked as The Guardian’s contemporary album of the month, subject of a major feature in The Washington Post, and the artist’s special home-recorded lockdown sessions have been broadcast by BBC 6 Music, Resident Advisor and Boiler Room. Moon Piano is the second release in a trilogy which will culminate in an extended EP of piano/autoharp duets. 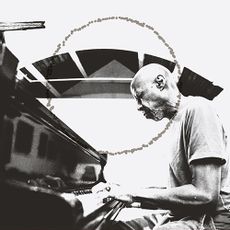