After the release of their sublime sophomore album ‘Life After’ last summer followed by sold-out UK, European and debut North American tours, London band Palace have announced the ‘Someday, Somewhere’ EP, out October 23rd via Fiction.

The announcement comes alongside the release of a brand new single “I’ll Be Fine”, written and recorded by the band remotely during lockdown. The ‘Someday, Somewhere’ EP is made up of unreleased tracks recorded during the ‘Life After’ album sessions including its much-loved title track, which was previously a live set exclusive. The limited 12” vinyl edition includes the bonus track ‘Trouble On The Water’ as previously released on the band’s ‘Hoxa Sessions’ acoustic EP. 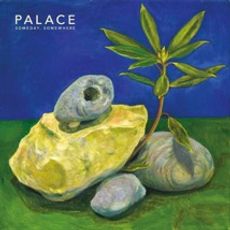