The ultimate exploration into Elton John’s extensive back catalogue, ‘Jewel Box’ encompasses a selection of deep cuts chosen by Elton himself; rarities from the earliest stage of his and Bernie Taupin’s musical journey; B-sides spanning 30 years, and songs discussed in Elton’s best-selling, critically acclaimed 2019 memoir, ‘Me’.

The eight discs come in a beautiful hardcover book, enclosed in an outer slipcase. Each section contains extensive notes and, for ‘Deep Cuts’, there is track-by-track commentary by Elton. The set contains an unprecedented number of previously unheard, unreleased tracks from 1967-1969, the years that cemented the foundations of the iconic John-Taupin partnership: ‘Jewel Box’ truly is a treasure trove for Elton John fans. 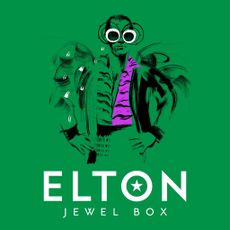