Follow us Follow us
Home  | rats on rafts - excerpts from chapter 3: the mind runs a net of rabbit paths

Excerpts From Chapter 3: The Mind Runs A Net Of Rabbit Paths


The third album from Dutch punk-laced noiseniks adds new maturity and a conceptual feel that pulls the extremes of their sound together.

A psyche-fuelled journey into the id punctuated with rhythmic kabuki modal mood swings, thunderstorms, digital beeps, traffic noise, and just plain old beautiful cacophonous reverb-drenched sound when needed. The ‘third chapter’ refers to the last five years that the Dutch band have spent creating their “difficult” third album. Each song spins a yarn; there are plagues, dreams, wind and fire, ‘mythical’ characters, and the search for the secret government warehouse. Lead single, Tokyo Music Experience, resonates with a conveyor belt-propelled modal guitar, reflecting the halcyon days of Japanese super-productivity; a mesmerising mantra, infected with news bulletin on-the- hour bleeps underlining its time-sensitive nature; a pristine super-commercial anthem to drive loyalty and reinforce solidarity with the party! Having been described as creating “underground noise with a bracing, warped pop appeal” (Mojo), their new album is a coming-of-age post-classic with a unique worldview - inspired by Van Dyke Parks (Song Cycle) Scott Walker (3 & 4), Moondog (Elpmas), White Noise (An Electric Storm) and Beach Boys (Smile). If their previous effort (Tape Hiss) was their very own sketch of a sketch for an incomplete concept album, a noisy reaction to their previous life, then ‘Excerpts From Chapter 3..’, with all its interlaced intricacies, is the realisation of their transition from punk-spiked-pop to psyche-pop protagonists. Evolving, testing, infectious...

FOR FANS OF: Ought, Preoccupations, Parquet Courts, Liars, Protomartyr


“Often totally enveloped in a cacophony of noisy abrasions that transition from one track to the next.” AllMusic

"they've maped out a whole new territory to explore." the quietus 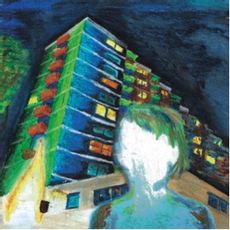 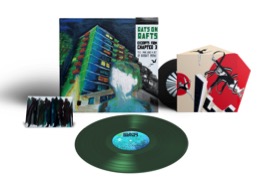 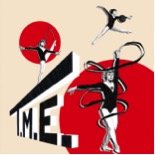