if this were any further up our street, it'd be in our living room! Trappes' brooding dreamscapes are just impossible to resist.

Summoning the great ghosts of vintage 4AD and Kranky, the Australian singer and producer makes inky dream pop that’s as heavy and welcoming as a weighted blanket in winter. 'Eel Drip' is referencing the Celtic Goddess of War and Death, Morrigan, The Phantom Queen. She is a shapeshifter known for being a goddess of war and battle, the cycle of life and death, and is also associated with wisdom and prophecy, magic and the land. Often portrayed as a trio of sisters who appeared as a crow, she was the keeper of fate, teller of secrets and purveyor of prophecy. ...In her tales and prophecies there were Crows, Ravens, Wolves, Vultures, Eels and Cows. Fans of grouper, hilary woods and cross record will love this. 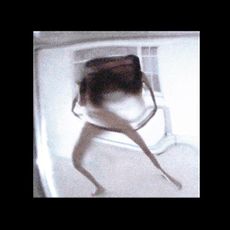