*** personalised copies available ***
- this promotion has now finished! We have some highly limited,very nice maximo park and bands fc prints to go with purchases made from the 2nd of march while stocks last!

These Anthemic indie rockers continue to master their craft on their seventh album of wall-to-wall bangers.

An album of our times, Newcastle band Maximo Park return with their seventh record. Nature Always Wins The album arrives as something of an examination, zeroing in on the notion of the self, identity as a band, and that of humanity as a whole. The album’s title nods to the famous Nature vs Nurture debate. Discussing whether change is capable under the influence of time, perspective, environment or if we are destined to be bound by our own genetics, it asks, “who are we, and who do we want to be, and do we have any control over it?”. “I'm so happy we were able to make this album during lockdown, as it's been a challenging time for everyone. After almost 4 years since Risk To Exist, we wanted to explore new musical territory (for us) without sacrificing our trademark melodic twists and heartfelt lyrics. As always, the passing of time looms large, although the songs contain more affection for the past than before, and there are occasional hints of the fractious, divided time that we live in” – frontman Paul Smith Produced by Atlanta-based Grammy-winning producer Ben Allen (Animal Collective, Deerhunter), who afforded the band freedom to play and create. What wasn’t anticipated was how that freedom would be soon be stripped, as lockdown restrictions left the band recording remotely across Newcastle, Liverpool and Atlanta with audio files bounced back and forth, 4000 miles across the world! 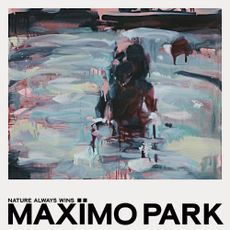