Though Character Stop still features the pummelling noise-punk that USA Nails have become renowned for, it’s balanced with more sober, downbeat moments. On it they explore identity- like the online personas of aggressive twitter users, influencers and vloggers, as well as more introspective takes on mental health, giving up on dreams, the joy (and despair) of being a part-timer, and contemplaing who they would be if they decided to hang up their guitars for good. Guitarist Gareth Thomas comments, “For me Character Stop is the best album USA Nails have ever made by miles. I’m obviously still really happy with all the music we’ve written up to this point, but on this record everything seemed to come together so sweetly. “ 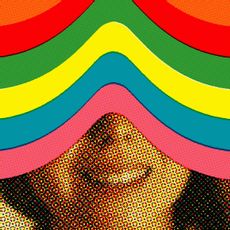