A mere 18 years after being recorded, this absolutely stunning orchestral rendition of the 14th or 15th century poem is finally available to those who weren’t lucky enough to be in the barbican audience that night.

That might appear on paper as dry, but this rendition is absolutely heartwrenching, a veritable lost album in the sigur ros canon that deserves all the adoration it gets. The performance honours the poem, dramatic and beautiful, classical with a modern strike. A stone marimba was built especially for the performance by Páll Guðmundsson. Odin’s Raven Magic - the poem - had been relegated from mainstream ancient literature ever since 1867, when Norwegian scholar Sophus Bugge claimed it was a 17th century fabrication. This theory has since been toppled with literary and linguistic arguments

Seb says “Beautiful and stunning, but enough about me. This album is a pure work of art and should be in every Sigur Ros fans collection.” 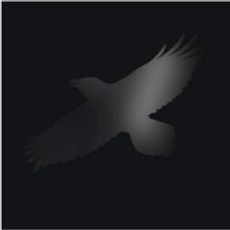