“Used to Think” was one of the first songs I wrote for “Better Way” a couple of years ago” Clausen comments. “I had a run of some small shows around Portugal testing the new songs I was working on at the time, and this one became one of my favourites, I really like the energy of it. It was also the song that made me reach out to the producer Sonic Boom. He ended up mixing / co-producing the entire album. There is some inspiration from his band Spacemen 3 luring around in there and he lives in Sintra, very close to Lisbon where I’ve been the past couple of years, so it all made sense.” “To me “Used to Think” is like a Kaleidoscope with interchangeable lenses, each section of the song, a different pallet of colours and shapes. Before I stopped thinking I thought, open up, share more and think less.” 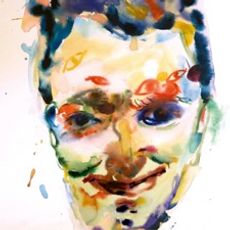