Joan of Arc's final album, might be their most personal and adventurous to date, culminating the band's many inspired, divergent sounds into one self-reflective, conclusive statement.

Joan of Arc always felt like an experimental intersection of its members interests. As prolific of a band as they have been, none of the albums sounded the same, none of the albums imagined themselves as too big to fail in the name of trying something new. They always felt like more of a collective than anything else. A smattering of gifted contributors, fighting their way through their own creative whims. Their shows, a type of controlled chaos. A chaos that required a close and gentle ear, or else one might miss the delicate daggers of lyric woven into the walls of sound, the walls of slow movement. It is good to determine your own endings; for yourself, but also for the sake of whatever comes next. To have the band going out on their own terms, still steeped in their own sound—melancholic, but biting; cynical, but also witty; a sonic forest that is both comfortable, but also a little treacherous. We are used to mourning moments like this, letting go of a beloved band. But a listener can hear in this album that these people still love making music together. They’re still excited by how far they can push each other creatively. And to know that and still decide that you have given all you can give as a band is a real gift. It is better this way, to lay a project down at the feet of fans, and listeners, and have it treated with joy, and not sadness. Musicians owe growth to themselves, they owe exploration, and excitement, and eager noise-making to themselves. Whatever fans get out of that, at the end of the day, is something we should all be grateful for. And in the case of Joan of Arc, we got over two decades of it. 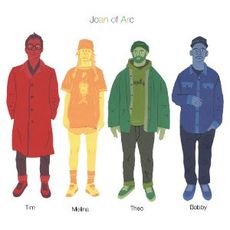