Filled with crisp hooks, the frontman of Nottingham punk band - Kagoule - has made an album with a predominant folk undertone that also expertly navigates through various angular indie rock textures and dark melodies.

Arriving with no fixed direction, Blood Wizard is a project that sees Burns explore himself as a brand new entity, an artist beyond boundaries and preconceptions. First single ‘Breaking Even’, showcases Burns’ impeccable songwriting skills and acts as the perfect introduction to this exciting project. With jangled, stop-and-go instrumentation, it is sheer artistic satire with an added charm. Burns says about ‘Breaking Even’: “Breaking Even is a song about doing a lot for someone, changing yourself to fit their ideas of you but not getting the same in return. It's a satirical commentary on the effect that can have on a friendship or relationship” Western Spaghetti, out 5th March 2021 via Moshi Moshi Records. There was not an album in mind when Burns first started recording with Tom Towle at Random Recording Studio - just fragments of songs that all came together when the world paused in the spring and Burns realised that what he had been working on over the last few months could become a full record. The structure of the album follows suit, chopping and changing between harder-edged sounds and acoustic meanderings. There is a forward honesty and a witty wryness to Blood Wizard. “Hooray to the big news, got my mouth around the spoiled fruit” he sighs on Fruit, a song about keeping happy for your friends’ achievements while your life feels static. Meanwhile, Total Depravity’s stand-out, bittersweet lyric “I’m never going to get that jacket back” pinpoints a singular moment amongst an anxious blur and a time he cannot return to. The infectious and fuzzy Carcrash draws on the weird ways love can be displayed, whilst in stark contrast, the subdued Somehow I Knew tells of the people you’ve never got to know. Burns says about the album: “One day I would want to sound like Dean Blunt, another day I would want to sound like Bert Jansch. The record is a kind of mash-up of all the influences that I have had for a long time, but never had the opportunity to channel into something” Western Spaghetti might draw inspiration from the likes of Arthur Russell, Alex G and Adrianne Lenker, but it is an album that marches to its own beat and builds Burns’ own sonic world to run around, be creative and be completely free within. 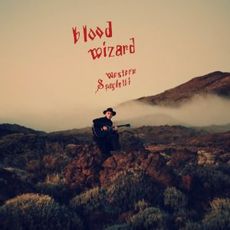