Parker scored his second #1 in Australia and highest charting album to date in both the US and UK, and 14 top 10 chart positions around the world. Re-pressed for the first time since its initial release, the new limited-edition colour version of The Slow Rush comes on 180-gram creamy white vinyl. Featuring 'Lost In Yesterday', 'Borderline', 'It Might Be Time', ‘Breathe Deeper’ & ‘Is It true’, 'The Slow Rush' is Parker's deep dive into the oceans of time, conjuring the feeling of a lifetime in a lightning bolt, of major milestones whizzing by while you're looking at your phone, it's a paean to creation and destruction and the unending cycle of life. 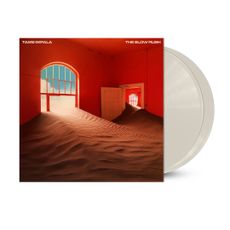