John Prine’s self-titled debut album continues to sound as fresh as it did back in 1971, with Rolling Stone ranking it amongst its 500 greatest albums of all time.

It includes some of Prine’s finest works such as “Sam Stone,” “Paradise,” and the famous “Angel From Montgomery.” After initially being spotted by famed singer-songwriter Kris Kristofferson, John Prine’s debut album earned him a number of admirers, including the likes of Bob Dylan. Tracks such as “Paradise” resonated with many, quickly becoming a bluegrass standard. Originally written by John for his father, the track has since been covered by a number of artists such as Johnny Cash and The Everly Brothers. John Prine, who passed away in April, was one of the most celebrated singer/songwriters of his generation and recipient of the 2020 Grammy® Lifetime Achievement Award. Considered a true folk-singer, Prine was known for his raspy voice and equally admired for his unique songwriting ability. His career spanned over five decades, during which he created witty and sincere country-folk music that drew from his Midwestern American roots and incorporated sounds from rockabilly, R&B and rock 'n' roll. In addition to earning the Lifetime Achievement Award this year, Prine also won Grammy® Awards for The Missing Years (1991) and Fair and Square (2005). His songs have been recorded by a long list of well-respected artists, including Joan Baez, Johnny Cash, Bonnie Raitt, Kris Kristofferson, Carly Simon, George Strait, Norah Jones, John Denver, Miranda Lambert, The Everly Brothers, Bette Midler, Paul Westerberg, Tammy Wynette and Dwight Yoakam. 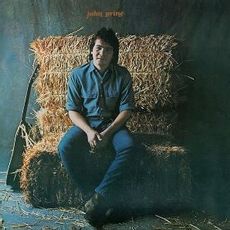