Bored At My Grandmas House

Sometimes I Forget You're Human Too EP


The 19 yr old leeds-based songwriter has produced a delicious ep of shimmering lo-fi indie pop that fans of claud, soccer mommy and jay som will gobble up.

First single & EP opener 'Showers' is about time alone & listening to your mind - “Do you ever think of showers as like a new beginning?“ is a poignant opening line, about that therapeutic space for you to really think and let your thoughts surface. In Amber's own words "showers are a kind of therapy in my opinion, they give you time to reflect and think without influence from anything external." Born in Whitehaven, Cumbria to musical family, and raised on the likes of Bowie & Pink Floyd there was always plenty of opportunity to mess around on the various instruments lying around the house. Attempts at proper music lessons went awry as Amber shunned the rules & rigidity, and so instead she gradually taught herself piano, guitar & drums. After time travelling in Cambodia, teaching English & helping with projects in various villages, Amber stayed with her Grandma & began to use the aeons of spare time to make tunes on Garageband & upload them to soundcloud. As a wave of BBC Introducing support rolled in, coupled with a move to Leeds to study music, the bedroom set-up evolved & a full EP began to take shape. Playing all the instruments & self-recording most of the EP at home, Amber took the tracks to Alex Greaves (Working Men's Club, Bdrmm) at the Nave studio for live drums & some final mixing flourishes, leaving an EP full of lo-fi charm but with a studio feel. Inspired by Slowdive, Wolf Alice & Alvvays, Sometimes I Forget You're Human Too showcases Amber's singular vision of indie-pop, on an EP that deals with topics like humanity, nostalgia & the current refugee crisis. 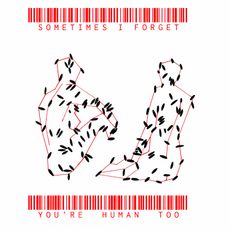