The first half of the album accompanied the Twyla Tharp Dance Foundation in a show called “In the Upper Room,” and the second piece accompanied choreographer Jerome Robbins’ “Glasspieces”. Glass writes the majority of his music for visual performances, most frequently dance and opera, and the presence of a visual twin to his music is evident throughout the selections from Dancepieces. In discussing his technique for writing music to accompany dance, Glass has stated that melody, harmony and rhythm are key factors. Within the first seconds of each song on Dancepieces, the strength of Glass’ strong rhythmic sense can clearly be heard. 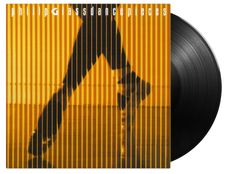