This Special Edition not only features a remastered version of the original classic album, but also includes a 2nd disc featuring the Miami demos.

The 2LP set features a 2nd LP of demos of the 12 songs on the album and the 2CD set features a 2nd CD of the complete 18 song demos. This classic 1982 album has been digitally re-mastered and comes in beautiful gatefold packaging with extensive liner notes and archival photos and other collectable images. The Gun Club recorded a few albums after Miami, but this one with the original band is the one that is considered their masterpiece! Classic 2nd Gun Club album with a complete 2nd CD & LP of the Miami demos, never before released. Digitally re-mastered from the original tapes. 2CD & 2LP collections come in high quality gatefold packaging that includes extensive liner notes and archival photos and images. “side one is masterclass in what it takes to hook a listener” UNCUT 9/10 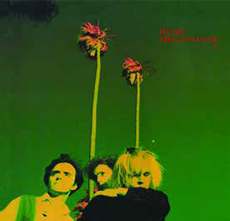