The new album from Joan As Police Woman with her incredible band, captured live in the studio in New York documenting their 2018 ‘Damned Devotion’ world tour.

In a year when most of the world pressed ‘Pause’ Joan has guested on the new Gorillaz album, released her second album of covers (‘Cover Two’), written a new studio album (expected in late 2021) and finished work on ‘Live'. Recorded live at Faraway Jazz Studios New York at the end of 2018 and mixed during lockdown, this is an oft-requested, long-awaited chance to hear Joan As Police Woman and her amazing band in all their free, live expansive glory. 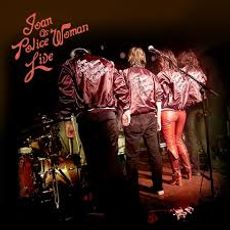