It's a small yet immediately refreshing reinvention, that pulsates throughout their new single 'Typhoons'. Frontman Mike Kerr's spiralling bass riff casts an hypnotic allure as it grows in intensity, while his vocals switch at will between a raw rock roar and a soulful falsetto. It's underpinned by Ben Thatcher's thundering beats, his taut rhythms infused with groove-laden hi-hats. 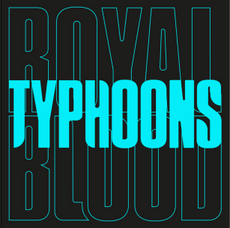