It resulted in public endorsements by famous artists like Erykah Badu, Questlove, Prince, Animal Collective and Dirty Projectors. Hiatus Kaiyote were subsequently named the Breakthrough Artist of the Year by Gilles Peterson at the Worldwide Music Awards, and soon the band got signed to Sony Music’s new sublabel Flying Buddha, where Tawk Tomahawk was licensed to as the label’s first-ever release in 2013. A newly updated version of “Nakamarra” was nominated for a Grammy Award for Best R&B Performance, and the song “The World It Softly Lulls” was later sampled by Beyoncé and Jay-Z on their 2018 song “713”. 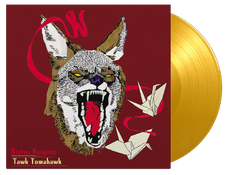