Horace Andy‘s voice is an instrument that once heard is never forgotten, regardless of whether you first hear it on one of the numerous Jamaican reggae singles that he recorded during the 70s or – like most people – on one of the Massive Attack albums he collaborated on as a vocalist.

His falsetto and his characteristic slow-motion vibrato breathed life into tracks like “Spying Glass”, “Cuss Cuss”, “In The Light”, “Skylarking” or “(You are My) Angel”, ensuring that they still continue to resonate deeply with listeners. His vocal style influenced countless root singers and the combination of his timbre with Massive Attack’s spartan hip hop beats still inspires legions of fans and copyists all over the world. Horace Andy is also a true personality, a man you never forget: a warm, friendly man who combines consciousness with an open mind, and who almost always seems to be smiling. It isn’t hard to believe that his ability to doze off at any time and in any place garnered him the nickname “Sleepy” over 40 years ago. But once the man is up on a stage he commands his musicians with an authority and dynamism that makes him stick out among all the hungry, up-and-coming young singers. He is one of the most influential, widely-travelled and famous singers of his generation and his career has proved to be blessed with an exceptional longevity, despite the occasional ups and downs. Horace Andy was born in Jamaica in 1951 as Horace Hinds. He recorded his debut, “This Is A Black Man's Country“, in 1967 for Phil Pratt, but his true breakthrough came with “Skylarking”, which became number one hit and a classic track in Coxsone Dodd’s legendary Studio 1 discography. It was followed by “Money Is The Root Of All Evil” (for Phil Pratt) and “Zion Gate” (for Bunny Lee) and other songs heavily influenced by Horace Andy’s Rastafarian faith. Songs like “You Are My Angel” (which was later reworked as Massive Attack‘s “Angel”) or his well-known version of “Ain't No Sunshine” showcased another side of his voice: that of the soul singer and seducer. In 1977 Horace and his wife moved to the US, where his recordings included the album “Dancehall Style” for the New York label Wackie's, before relocating to London in the mid-80s. The 80s were a difficult period in his life, but that all changed when Massive Attack recorded “One Love”, “Five Man Army” and “Hymn of the Big Wheel” with him, restoring his voice to well-deserved prominence. Horace Andy is the only singer to feature on every Massive Attack album. Although his merits as a roots reggae singer go back to the 70s, Horace Andy has always loved experimenting: he recorded two albums with the British dub master Mad Professor (who also transformed Massive Attack’s “Protection” into “No Protection”); for a track on the “Inspiration Information” series by Strut Label he let house master Ashley Beedle work with his voice. Echo Beach has now picked up on this tradition – and the much older tradition of versioning – by asking friends of the label to rework Horace Andy’s classic tracks in their own sound outfit. But this time the label hasn’t trawled old Studio One tapes for historic vocal snippets – that would sooo nineties; no, Horace Andy personally put in an appearance to sing new versions of his classic tracks on top of timeless and contemporary riddims. Age may have deepened his voice, but it is by no means weaker, as can be heard on this album, on which Echo Beach welcomes old friends and new faces: there’s Rob Smith, who as part of More Rockers and Smith & Mighty was just as crucial for Bristol’s musical reputation as Massive Attack or DJ Krust & Roni Size. Today, he ensures continuity by working under the label and producer name RSD and he dubs side by side with young steppers such as Pinch and Peverelist. With “Bad Man” he has chosen a track in which Horace Andy makes clear what he thinks about stress and good-for-nothings. The Viennese musicians from Dubblestandard have in the past collaborated with Echo Beach to produce riddim versions for Ari Up, Lee Scratch Perry and Mikey Dread; their version of “Money Money” picks up where a long list of legendary cuts of this song left off, all of which were based on “Money is the Root of All Evil” on Phil Pratt’s Sun-Shot label. Well, we do have also the first recordings from Noiseshaper since 2009. The decided to do a remix of Skylarking and it is a masterpiece of their special and unique Viennese coffeehouse trippy reggae style. Black Star Liner from Leeds and their mix of Asian style inna vibe of Sitar and Tabla “Tings” going on well merched with Dance and Dub on DOU YOU LOVE MY MUSIC… ! Dub Spencer & Trance Hill are the jack-of-all-trades of versioning, capable of even twisting a dreadlock into the hoary beards of classic Metallica tracks. Together with wily studio fox Umberto Echo they have declared war on Babylon again in the shape of a dub treatment pock-holed with weird delay effects. In addition to this European all-star posse, there is also a Berlin connection: the name Oliver Frost should be familiar to friends of the lounge gods of Jazzanova and Daniel Best‘s Berlin reggae forge Best Seven, where he released a wide range tracks and remixes together with Adrian Wagner. The mix of Eva B pulse in the intersection between Berghain hypnosis and Yaam relaxedness. Dreadzone from London are specialists to combine trippy notes and beats with Roots. The Money Money Remix is an killer as well as the New Yorker set up Subatomic Sound System and their remix of Cuss Cuss - but the focus – as for all the other musicians featured here – is always on the spiritual identity of the songs and the deep respect they have for the 40-year career of an exceptional artist. The beats may be broken, but the voice most certainly isn’t. This album will ensure that this incredible voice is never forgotten. 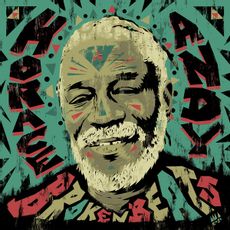