Dumbing Up is the fifth studio album by World Party, released in 2000.

Dumbing Up marks the return of Karl Wallinger and World Party, recapturing the magic of previously acclaimed efforts such as Goodbye Jumbo and Bang!. During World Party’s hiatus interest in the band has grown after their song “She’s The One” became a worldwide hit for British pop star Robbie Williams. Dumbing Up reaffirms World Party’s Lennonesque knack for memorable melodies and a hopeful perspective, featuring lead single “What Does It Mean Now?”, the prescient “Who Are You?”, “See The Light” and the anguished epic “Always On My Mind”. 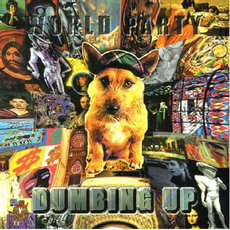