Their fourth album, Egyptology (1997), written following the death of Wallinger's mother, was commercially unsuccessful, although "She's the One" won an Ivor Novello Award and was subsequently recorded by Robbie Williams.

Sharrock left the group after the recording of this album, leaving Wallinger on his own. Wallinger took a three-year break from World Party, before the release of Dumbing Up in 2000. However, in February 2001 he suffered an aneurysm that left him unable to speak. After a five-year rehabilitation, in 2006 Wallinger re-emerged onto the scene. With his back catalogue reclaimed from EMI, he re-released on his own Seaview label 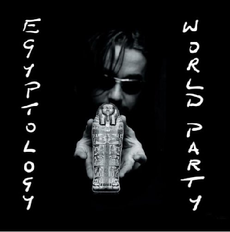