The Monster Who Hated Pennsylvania

On The Monster Who Hated Pennsylvania, Damien Jurado gathers up ten stories of people determined not to be broken by their dire circumstances. 'The world is a liar, the stars are a must,' he sings over brushed drums, a circling bassline, and acoustic guitar on 'Helena,' which opens his 17th album, the first release from Damien's own Maraqopa Records. Dire circumstances have long been fixtures of Jurado's songs, which are filled with ghosts, killers, cruel lovers, and the occasional UFO cult or false messiah. But here, the scenes are earthy, drawn from ordinary but no less immense calamities: hurricanes moving toward town, strained connections, amnesiacs in the front yard. On The Monster Who Hated Pennsylvania, Jurado pulls the curtains shut, blocking out 'the light now embarrassed and afraid of the dark,' as he sings on 'Tom,' one of the album's haunting numbers, only to throw them open the exact moment sunshine needs to come flooding in. 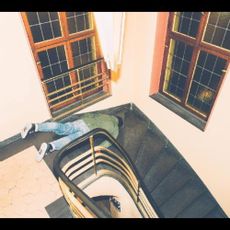