Ulver (Norwegian for “wolves” ), a multi-disciplinary group founded in Oslo, Norway by Kristoffer “Garm” Rygg in 1993 are revered as the early pioneers of Norwegian black metal, who have continually evolved throughout their career and are still perceived as icons of dark music.

blending rock, electronica, symphonic and chamber traditions along with noise and experimental music to create ground-breaking material. Until the release of ‘Wars Of The Roses’, their first via Kscope, the band remained uncompromisingly independent, operating without marketing, advertising, or any backing from a label (except their own imprint, Jester Records) yet despite this stance the band are acclaimed around the world, have sold more than half a million records. ‘Wars Of The Roses’, Ulver’s eighth album released originally in 2011, saw the band being highly influenced by progressive rock music, whilst also incorporating elements of ambient, post-rock, and spoken word. The album recorded at Crystal Canyon Studios in Norway and was mixed by producer extraordinaire John Fryer (Depeche Mode, Cocteau Twins, Swans) and Jaime Gomez Arellano. The album was the first to feature British composer and multi-instrumentalist Daniel O’Sullivan ( thenor, Guapo, Mothlite). ‘Wars Of The Roses’ received critical acclaim worldwide, entering the Norwegian national album charts at Number 17, based on sales from one day alone. 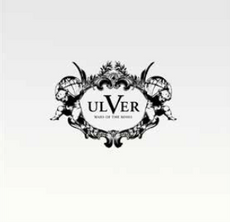