Back in physical form for the first time in mega yonks, these pressings may be around for just a short phase but the immaculate album within them is for life.

Pure Phase is the second album by Spiritualized, released on 28 March 1995. The album was recorded in the Moles Studio in Bath, England and features contributions from The Balanescu Quartet. At the time of release, Pierce had renamed the band as "Spiritualized Electric Mainline", the name that appears on the album cover, before reverting to the Spiritualized name shortly afterwards. 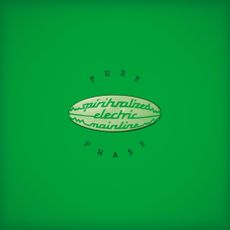