Morgan Simpson of Black Midi on drums. Accompanied by the official video directed by Ethan and Tom, the track is out June 4th via Ra-Ra Rok Records. The follow-up track to the storming ‘South’ ft. Lex Amor earlier this year, Wu-Lu - AKA Miles Romans-Hopcraft - shares ‘Times’ with similar aplomb. Setting the theme of self-discovery, coming-of-age and of liberation within oneself to grow. “It’s of understanding that with time comes wisdom. Living life teaches us everything we can to bounce back, we are made of more than what society wants to tell us,” Wu-Lu states. The world weighs heavy on all of our shoulders in different ways. It’s important that we look out for each other in times of growth,” he adds. A hunger for change and of youthful revolution is the sentiment throughout, as he looks from an observatory lens at the shifts in areas, people and places in the city he calls home. Garnering plaudits across the media - with the protest track ‘South’ racing to the 6 Music A-List in a matter of weeks, inclusion in Mixmag’s best tracks of 2021 so far, support from Crack Magazine and Resident Advisor - the pivot to punk and left-field hip hop with a political voice has been truly transformative. With an innate ability to deliver his unique point of view through an ever-evolving and always innovative sound, Wu-Lu continues to show just why he should be at the forefront of the UK music scene whilst remaining refreshingly underground and relatable. Drawing parallels between the clear racial element to gentrification and the movement that swept the globe last year, he tackles the big issues with ease. His music is for the underrepresented, for those without a voice, and for those who struggle to break down the barriers. 2021 is the year Wu-Lu rises. 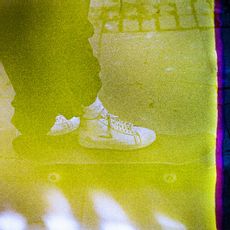