With the release of their debut album at the end of 2020, Girls In Synthesis proved that the hype was very much justified when it came to the bands tag as one of the most exciting in the UK.

A concise and rabid blast of harsh post-punk, and released during the COVID crisis, the album eerily managed to capture the mood of the moment, despite being written and recorded in 2019. Rightly so, it was released to stunned reviews and featured in many ‘Best of 2020’ end-of-year lists. Always a band with a militant work ethic, the first fruits of their fevered writing and recording period throughout 2020 are borne here with ‘Shift In State’. Featuring 5 brand new tracks, the mini-album sees the trio return to the experimental edge of their early, and highly sought after, EP releases. The lead track ‘Containment’, an abstract, bleak and circular slice of obtuse-punk gives way to an explosive and skewed dub remix featuring languorous horns and industrial sounding percussion. Following on, ‘… But Still you Wanted More’ retains the dub minimalism and adds trudging, nihilistic lyrical content alongside churning, saw-sharp organ. ‘Calm Waters’, the groups’ first foray into a harsher, electronic landscape, brings to the forefront a crushing, relentless drum machine backbeat and woozy, warped bass hooks. Finishing on ‘Don’t Try’, this song sees the band return to their more familiar white-heat blast of post-punk. Shards of harsh, splintered guitar and pounding drums help push the theme of gross governmental incompetence well and truly into the listener’s brain. Their incendiary live shows being hugely missed by fans, UK and EU dates are currently being signed off for late 2021 with further key releases also being lined up for release later in the year. Never a band to sit still, ‘Shift In State’ sees GIS, once again, surmount all obstacles and proves them to be one of the most forward-thinking and tireless acts in the UK. 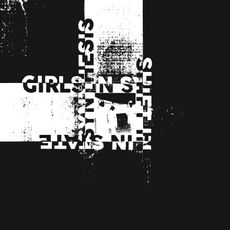