In his 2017 book I Am the Wolf: Lyrics & Writings, Lanegan states that the songs the songs on Here Comes that Weird Chill were recorded at the same time as the material that would be included on his next album Bubblegum: “For months I had been using off-time from my gig as an auxiliary singer for Queens Of The Stone Age to try and complete a record, but as usual, my own insanity would not allow it. When it was all said and done, I recorded enough for two records, with the title for the first coming from something Greg Dulli said while shuddering involuntarily in the sudden cold wind walking to my car after a Twilight Singers recording session...” 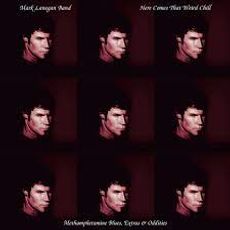