On their debut it is mostly a rather bulky one, determined by the downright dirty, distorted electric guitar, which is also usually accompanied by a spacey, howling and herbaceous howling one. In addition, there is fat bass and powerful drums. During the prolific post-napster musical era dominated by myspace, the Chilean musical field opened up so that many bands could broaden their creative spectrum by taking global and timeless references as an aesthetic holy grail. This experimentation had the internet and specialized forums as a search engine, which not only provided the world parameters in trends, but also allowed to find true hidden gems, bands that were adored by a few connoisseurs of the real quality left behind by the record labels. In this context, a group of university students who have known each other from school began to rehearse in the Caracol Vip underground (Santiago, Chile), in a room owned by a local heavy-metal legend, Juanzer. Equipped with tube amplifiers, Marshall and other custom made, the members of that time: Gonzalo Laguna on vocals, Juan Pablo Rodriguez on bass, Domingo García-Huidobro on guitar, Diego Lorca on drums and Francisco Zenteno on second guitar, they began to play endless jams without a strict sense of songs or directed compositional notion. The rule was to follow the noise in a journey through valleys and peaks that allowed the spontaneous appearance of textures, lyrics, phrases and some invented chords that did not resemble anything that had been heard at that time. The rehearsals were transformed into true live performances without an audience, which were only seen by a few curious, among alcohol, smoke and deafening noise, which could only end when the owner of the room (Juanzer) entered to turn off the equipment. Over time he himself stayed as an auditor, witnessing how the musicians stripped themselves in their rehearsals. Considered at that time as play or fun, the idea of forming a band with a name came with the real live performances to which they were invited, without yet having songs made, at the end of 2006. The myth of their first live performance alludes to a numerical superstition, on July 7, 2007, in a small bar in Providencia (Santiago), which also provided the band with an upward recognition for the psychedelic-punk music they were doing, with a voracious vocalist who destroyed everything on stage and a band that stood firm on the endless songs they built. The name that was invented for that occasion was the result of a nonsense about the German word feuerzeug brought to the group by their close friend Alfredo Thiermann (who would later make the cover of the first album and become keyboardist), which the members of that time took and Spanishized at will. This neologism represents the second founding myth of the band since the interest in bands like Can, Neu! and AMON DUUL II and the characteristic motorik rhythm would soon arrive, in the form of kosmische musik. By 2008 the band had already added several live performances and some songs appeared, among which were Directo al Sol and Loop (nod to the English band), which allowed a greater deployment of ambient-noise resources, almost close to the ‘concrete’ music. The deconstructed rock of Spacemen 3 was also present in the form of repeated sequences on the bass and drums, as the layers of shrill guitars formed the foam of the tide bursting in the darkness of space. With the ideas and general feeling of the sound that they already had, the band made the decision to record their first album with the sound engineer and Juan Pablo's brother, Ignacio 'Nes' Rodríguez, who later together with JP would form the BYM label to make the first CDs of the forthcoming debut of Föllakzoid and other bands that Nes was recording. Sheltered that winter in the studio that Nes had built in an old house in Recoleta, the band recorded the bulk of the songs on the album with a new jam that emerged in that room composed of 1 note and moments of rising intensity: Sky Input I and II appeared to complete a set of songs that came from rock but were slowly passing to a level of trance and cacophony typical of orchestrated and atonal music. With three takes per song but only one take of the jam, the album was finished with a few extra takes and overdubs, some made in the house of Nes himself, who contributed a guitar to Loop, although it does not appear in the credits, and additional takes of "Pelao" Zenteno with delay and reverse for almost all songs. The names of the songs came from the lyrics that Laguna had worked from the live versions to the studio finals, except for Loop, Sky Input and El Humo. The cover of the album, which as mentioned was made by Thiermann, represents well the spirit of those days, when creative magma looked for an outlet through the instruments without any restriction or explicit direction from any of the members of the group. The image of the tree towards the sky speaks of the roots that rise towards the immensity, the nature projected towards the stratosphere. Ideas that the neo-psychedelia of those years seemed to capture well, echoing in the Chilean bands that at that time were gathering around the BYM label. Both the creative fluency and the lack of a musical director ensured that Föllakzoid was an original band that did not impose themselves a way of doing things or sounding, collective music took shape in the most wonderful way, without characters, without a record name, without faces. Just an instant in space 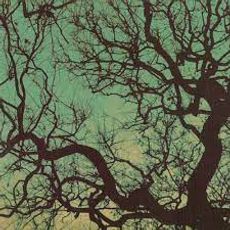