Is It Light Where You Are


Polly Mackey’s debut album is draws us into an amniotic world, populated by ethereal mists of vocals & inviting rivers of dark pop.

‘Is It Light Where You Are’ is the debut album from Art School Girlfriend, moniker of Welsh producer, multi-instrumental musician and song writer Polly Mackey. Mostly written over a two week period of 14-hour solo studio sessions, the bulk of her album is torn straight from a journal kept throughout 2019. Those pages chronicle the end of a US tour, the tumultuous ending of a six-year relationship and Mackey’s journey back to London from Margate, where she lived and co-owned a book shop with her then girlfriend. “The record starts with that feeling of being on the precipice of change,” she explains. “Before deciding to pull everything apart, go through it all and come out the other side.” While the lyrics are autobiographical, the full story can be heard in the album’s sonic relief map. “The main theme is duality between light and dark, lightness and heaviness. The production sort of mimics human emotions: there’s a lot of beauty buried underneath these uncomfortable-to-listen-to sounds.” Lyrical abstractness / concrete meaning. Danceability / lying down ability. Minimalism / fullness. Introspective melancholy / playfulness. Lo fi / hi fi. 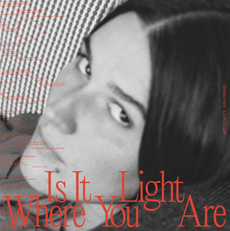