As revitalising and enticing a collection of electronic burbles that you're likely to hear this year! A totally refreshing sonic landscape that we're psyched to explore further.

KDAP is Kevin Drew - You may know him as the leader and vocalist for Toronto indie-rock ensemble Broken Social Scene - but let’s imagine that he wasn’t. Instead, let’s imagine that the young man who spent his early 20s obsessing over Brian Eno’s ambient works, Ennio Morricone soundtracks, Chicago post-rock, and the early Warp Records catalogue never left the basement, never met his future BSS partner Brendan Canning in 1999, never discovered a wider community of musicians, never entertained his latent urge to write brass-blasted festival anthems, and never worked up the nerve to sing about love and spit and intercourse with ghosts on stage in front of thousands of people. Now take that kid, time-warp him to 2021, hand him a smartphone with a DIY beat-making app, and drop him in a forest somewhere in the south of England. The result would sound something like ‘Influences’. 'Influences' is a slide show of intimate joyful moments playing out against a backdrop of a world on fire. It’s a dance record for the mind while the clubs are all closed, a rush-hour commute soundtrack for people stuck working from home. It’s a celebration of survival and an elegy for lost friends. It’s a reminder that excitement and anxiety often elicit the same heart-pounding sensation. Stylistically, the music bears similarities to lush Folktronica and frenetic 90s IDM, sure to evoke comparisons to Four Tet, The Books, or Mouse On Mars, while maintaining the grandiose post-rock sensibilities Broken Social Scene is known for. 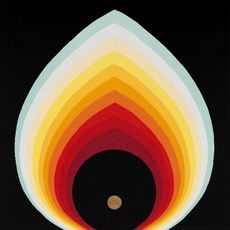