The debut album by Joan Shelley pressed on vinyl for the first time.

Originally released in 2012 and long-elusive to fans, Ginko is the starting point for Shelley, now revered for her songwriting, “dazzling poetic imagery” (The Guardian) and “radiant sense of calm” (NPR Music). Standout tracks “By The Ohio” and “Siren” show what is to come, while “Sure As Night” was her first collaboration with guitarist Nathan Salsburg. 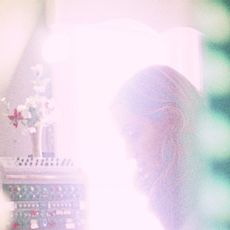