Susanna is now releasing a live album of covers with a unique history.

Recorded in Oslo and Asker (Norway) in 2019 and 2020 right before the pandemic hit, Live by Susanna and David Wallumrød is a collaboration by the Norwegian and her cousin David, also a prolific musician, whose seeds were unknowingly sown over 20 years ago.“We played a lot together in our childhood and youth, being cousins, growing up in the same small town Kongsberg,” says Susanna. After being highly active musicians for many years, they decided to do a concert together in 2017, at a tiny cocktail-bar concert series in Oslo. It was so much fun they decided to do some more shows. They did, and out of this came Live. The songs on Live are the same covers Susanna and David played together 20 years ago, with a few new additions. They are instantly recognisable classics by Leonard Cohen, Joni Mitchell, Emmylou Harris and Tom Waits, played in the way Susanna and David know best - voice and keys. Pure, simple, and stunning. David Wallumrød is one of Norway’s most used piano/keyboard-players, he has participated on over 150 albums and been a regular member in the bands of artists like Knut Reiersrud, Odd Nordstoga, Jonas Alaska, Band of Gold and Torun Eriksen. He has his own band called Spirit in the Dark. Susanna is the woman behind Susanna and the Magical Orchestra, a creator of bold, original and enrapturing music, capable of building worlds to lose yourself in and collaborator with artists such as Jenny Hval and Bonnie ‘Prince’ Billy. Alongside this Susanna has also long been an interpreter of other people’s works, from AC/DC to Dolly Parton, Joy Division to Henry Purcell. Susanna has an ability to transform these works into music that sits comfortably next to her own work while never losing what made the original - and the original composer of the song - so special. 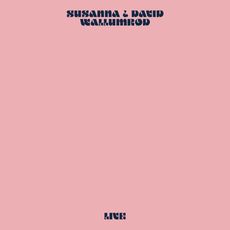