Few things are a constant in this world, one certainty, however, is that we’ll fall head over heels for anything that Olsen turns her hand to and ‘Aisles’ is no exception - Each synth-dripped cover transports us into an intriguing world that is entirely her own and leaves us wanting more more more.

Few contemporary artists know how to cover a song quite like angel. While spending time trying to conquer the audio of live-stream athome performances, I got better acquainted with my friend Adam McDaniel, an engineer and producer in Asheville, NC. Adam and I had known each other for years. When the band was a bit smaller I’d often rent his studio, Drop of Sun, for pre-recording / pre tour rehearsals. Summer 2020 was tough for many reasons. But Adam and his wife Emily opened their home to me and made it a safe space to create and let go. I had an idea to record some covers and bring some of the band into the mix, or add other players. I wanted to record 80’s songs that I’d overheard walking the aisles at the grocery store, and I needed to laugh and have fun and be a little less serious about the recording process in general. I thought about completely changing some of the songs and turning them inside out. I’d heard “Gloria” by Laura Branigan for the first time at a family Christmas gathering and I was amazed at all the aunts who got up to dance. I imagined them all dancing and laughing in slow motion, and that’s when I got the idea to slow the entire song down and try it out in this way. I felt that “Safety Dance” by Men Without Hats could be reinterpreted to be about this time of quarantine and the fear of being around anyone or having too much fun. It made me wonder, is it safe to laugh or dance or be free of it all for just a moment? I know it’s not really in my history to do something unintentional or just for the hell of it but my connection to these songs is pretty straightforward, I just wanted to have a little fun and be a little more spontaneous, and I think I needed to remember that I could! the ep includes covers of songs originally by Billy Idol, Laura Branigan, Men Without Hats, Orchestral Manoeuvres in the Dark, and Alphaville 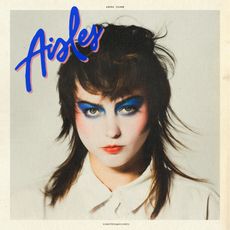