Drowning Pool is an American heavy metal band formed in Dallas, Texas in 1996.

The band was named after the 1975 film The Drowning Pool. Since their formation, the band has featured guitarist C.J. Pierce, bassist Stevie Benton, drummer Mike Luce, as well as a revolving cast of vocalists, the latest being Jasen Moreno. After the release of their debut album Sinner (2001), original vocalist Dave Williams was found dead on August 14, 2002 from heart disease. Jason Jones replaced Williams in 2003, recorded one album, and was then replaced by Ryan McCombs of Chicago-based band SOiL. McCombs would go on two record two albums before he left to rejoin SOiL, which is when vocalist Jasen Morena joined the line-up. Moreno has since recorded two albums with the band. Drowning Pool experienced success from the outset. When a copy of their first demo reached members of Sevendust, they were invited to tour with the industrial metal group. Their second demo, recorded after two years on the road, reach the Top Ten on Dallas radio station KEGL and lead to a deal with Wind-Up Records. Produced by Jay Baumgardner (Papa Roach, Godsmack), their debut album, Sinner, became an instant hit, reaching RIAA Platinum certification within 6 weeks. Their first single, “Bodies,” was one of the most frequently aired videos on MTV for a new band. They reached out to an even greater audience with dynamic performances at WrestleMania XVIII and Ozzfest during the summers of 2001 and 2002. The band has since gone on to release five more albums and has given no indication of slowing down. They are currently working on their seventh studio album. 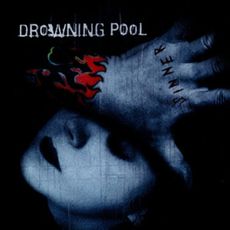