Originally released in 1989, Dead Moon’s second album is an absolute masterpiece even by their high standards.

The record that built the legend and cemented the band as the greatest rock and roll act of the 90’s. Features some of Fred Cole’s catchiest hooks and heaviest songwriting including favorites like “Dead Moon Night” and “54/40 Or Fight”. 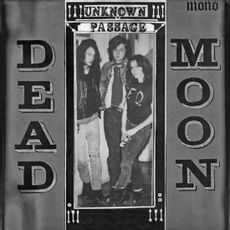