f*ck buttons’ benjamin john power, delivers his mind-blowing debut under his blanck mass moniker. this is one almighty, heavy, shimmering & orchestral work defined by manipulated field recordings, warm analogue synth, heavy sub & deep drone. imagine f*ck buttons without the euphoric beats (but with all the build-up & intensity) or stars of the lid sped up, just a tad. it has much in common with brian eno’s ‘apollo’ (which is never a bad thing to our ears), translated for an underground club in the early hours. whenever this one hits the decks it makes everyone present pay attention, demand to know what it is & drift off into a beautiful place from which they never want to return. so grab your moon boots & head off into outer space…into the deep, dark, blanck mass. for fans of the aforementioned, fennesz, tim hecker, tangerine dream or ennio morricone. very highly recommended indeed! 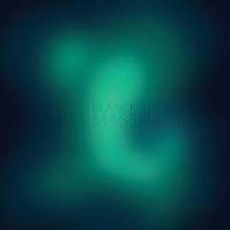